We care about quality and service.

NP Information Systems, Inc. was founded in Tigard Oregon in 1984. For 10 years NPI wrote great code for the company’s large and small. As the years went on, the NPI team noticed many of their clients needed help with their IT support. So, in 1995 NPI started offering IT support under the DBA of NP Information Systems. NPI continued to write code, although less and less. Instead, NPI emphasized doing more and more IT support for clients. In 2004, NPI noticed more and more clients were trying to deploy Voice over IP (VoIP) and having substantial issues. The NPI team realized this was a perfect fit, as VoIP had way more to do with networking than phone systems. So, it came to pass that now NPI offered custom programming, IT support, and VoIP phone systems.

As the years went on, NPI heard a constant message from the client base. “They hated dealing with carriers.” NPI tried to outsource that to another company and found they were good at sales, but ultimately terrible at customer support. Based on the team’s experience, NPI found we were in a great position to provide service to our clients in yet another area, so we added circuit brokerage to our suite of services.

Just after the recession of 2008 NPI started to see a shift with customer perceptions as it pertained to hosted services. Companies that previously mocked moving to the cloud now embraced it. It was apparent that the recession had caused businesses to shift to a more OpEx model and eliminating CapEx projects. After watching client after client struggle with other providers, we thought can we provide a better product with better service? The answer was yes!

So, if you are looking for the cheapest option out there, move along. There’s nothing to see here. These aren’t the droids you’re looking for. We are not built to be the cheapest. We’re built to provide quality and service. So, if you are interested in working with a great company with a broad range of technical products including circuits and cloud services at a reasonable price, then look no further. Take your business further with NPI!

Provide the highest quality Technology Solutions available in the Pacific NorthWest to empower our customers to excel in their business.

Empower customers to focus on their business while exceeding their expectations by maintaining the best team available.

At NPI, we value our relationship with not only our clients but our community as well. NPI supports various charities and non-profits throughout the Puget Sound. Our biggest annual contribution goes to the Kent YMCA. Vince & Shannon personally have a passion for working with the homeless in the community and volunteering at a local church every month to serve the homeless.

Domestic Violence and Sexual Assault Services envisions a safe, equitable community, free from the oppressions that lead to gender-based violence, where all individuals feel valued and respected.

The mission of Domestic Violence and Sexual Assault Services is to support individuals affected by domestic violence, sexual assault, and sexual exploitation, and to lead the community towards ending these abuses of power. 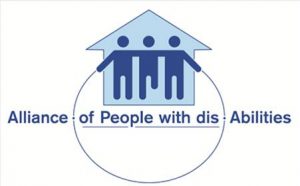 Alliance of People with Disabilities

People with disabilities advocating for equality and choice.